Piranha Bytes' games have something special that make them some of my favorites. They build worlds I love to explore, beautiful and carefully crafted, with a unique style of gameplay, and Elex was the best one I've played so far.

It was mostly the same as Gothic 3 when it came to its basic structure (type of areas, number of factions, RPG mechanics...) but continuing the improvements in visuals and polish from the Risen trilogy and this time in a post-apocalyptic setting, which was a plus for me as it's a kind of environment I truly like and a great excuse to mix the low tech architecture and weapons from previous games with new sci-fi elements.

Combat was still a bit clunky but I always find the way your character progresses in these games extremely engaging: starting very weak, having to avoid fighting enemies while you do the safer quests to gain experience, and slowly getting better until you end up being able to tackle anything and take anyone head on. It really feels like a journey and makes you savor every little upgrade.

I also enjoyed the story and characters quite more (Gothic 3 was a bit boring in that regard and none of the Risen series ones were that memorable), keeping me wanting to talk to everyone, visit all the interesting places around the map and know more about the lore until the end, leaving me wishing I hadn't finished it even after 60+ hours playing. 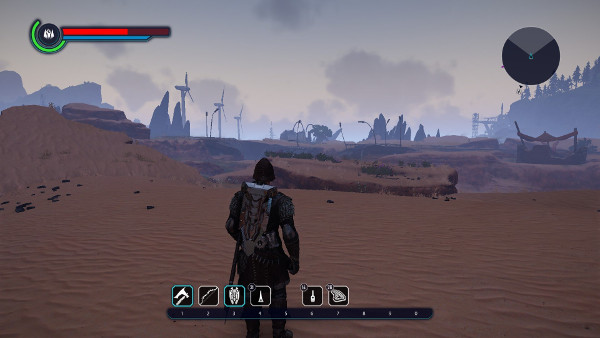