I was a bit disappointed at first: the setting and secondary characters seemed a little bland, I didn't like the changes in the art design, the new combat sections were more clunky than fun... But Clementine and AJ's relationship won me over and the second half of the story, especially towards the ending, had everything I wanted in a final season.

I really enjoyed having Clementine back as the protagonist, and seeing her step into a role similar to Lee's was a great idea. Their bond was probably the highpoint of the whole series for me, that something special about the first one the sequels never managed to quite capture again, so having the last game mirror that experience, with her now in charge, felt like the right thing to center the season around.

In the end, it was the emotional ride I was hoping for. Even with its flaws, it was a very appropriate way to conclude this amazing series. 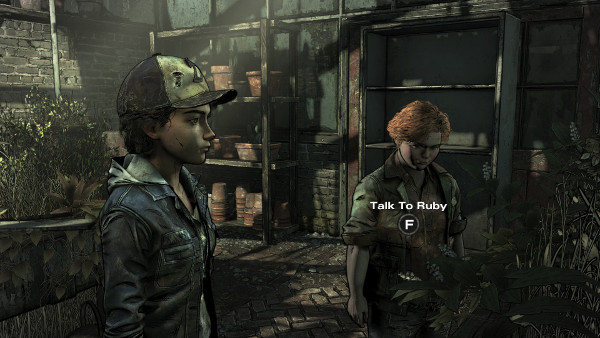