I really liked most of the previous Walking Dead style games I've played but, at this point, to keep me engaged they need to include dialogue choices with meaningful consequences and have a good story and atmosphere so I forget that their core gameplay mechanics are not that great. It wasn't the case with this one.

Batman has been my favorite traditional superhero since I was a kid, so maybe it's harder to surprise me with another take on his world... the fact is this one's story didn't really hook me. I didn't dislike it, there were a few interesting moments and characters, and I quite liked some of the art design choices (the batsuit, for example) but it wasn't original or immersive enough to make me ignore the more lackluster aspects of Telltale's later games.

The quick time events were fun in a few fights, helped by the action's choreography, but were used too much and too often, most of the time feeling more like a chore than a way to make you part of the action or add tension to a scene. On the other hand, the adventure sections were too few and too simple and the investigation ones were even a little boring. A painful reminder of how Telltale used to create great point and click adventures.

It's not a bad game, it was enjoyable to experience Batman's universe using this style, but it was a little underwhelming (maybe I'm just getting tired of this formula). 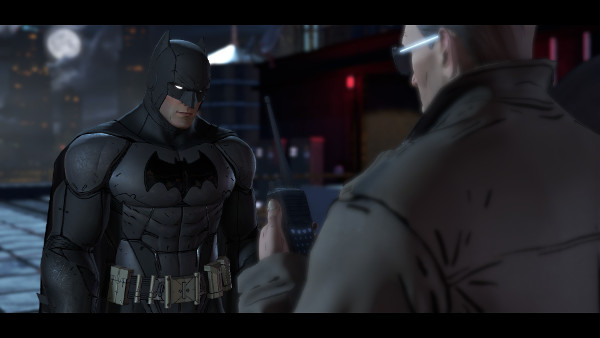 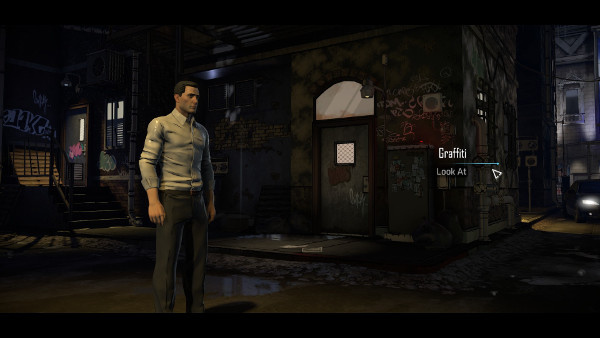